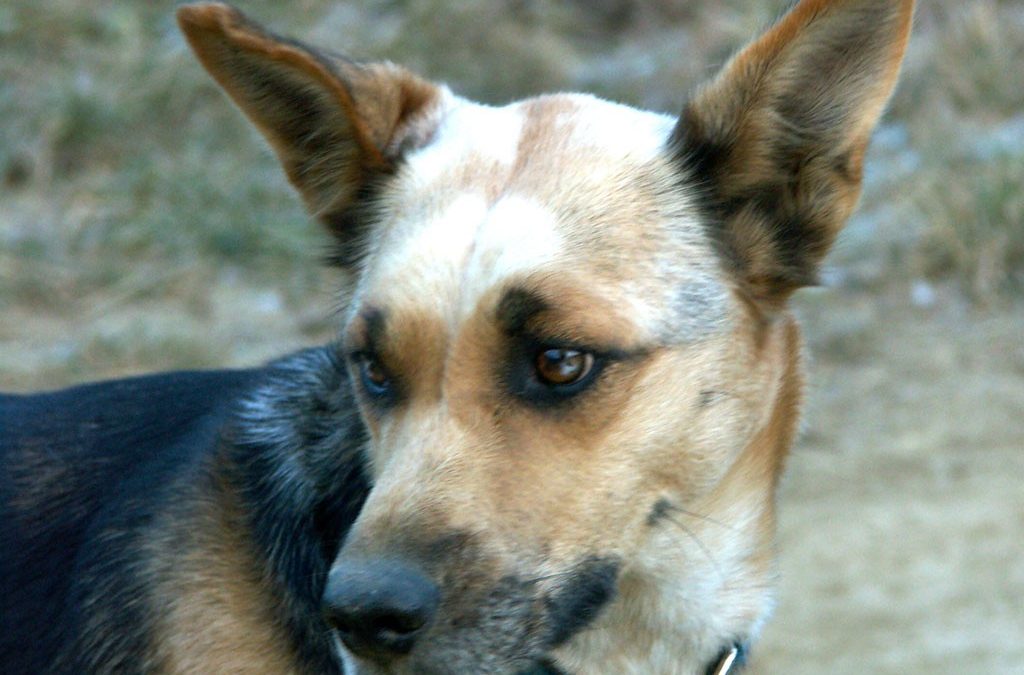 When Minty died last August I needed time to write a tribute for her. The memories we made with her and a young Isabel came to the forefront of my mind. How quickly time flies by in the lifespan of a dog, how children go from the delightful never ending age of little to nearly adults. At almost 17 Iz was far form the 7 yr old girl who grew up with her first dog and buddy.

Minty was energetic and enjoying her every other day 7 mile runs with Isabel just days before her death. She became suddenly ill and passed quickly. Watching Isabel lay in the grass with her during her last moments broke my heart. She’d stayed up all night by her side out on the lawn where Minty wanted to lay. She was only 10 years old and by sled dog standards that is quite young. Many sled dogs live to 15-17 years old.

My parents wanted Isabel to have a dog and they hadn’t had a litter of pups in a few years. This was a special litter for them and the first of what became our “Black and Tan” line. My dad picked Minty for Iz, because she was a female and because she was “ugly”. This was a running joke. She really wasn’t ugly, at least not to us. One of her many nicknames was the “big ugly thing”.

We were living in Anchorage when Minty was born. Our landlords were not thrilled about a puppy coming into the rental. It took time for them to agree and Minty was around 3 months old when we brought her home. She looked to be at least 4 months old with her long legs. Chasing the cat around, getting into the litter box, not listening, rolling in disgusting stuff, taking food out of little Iz’s hands, chewing things up, independent minded and stubborn. Minty was not an easy dog to develop into a pet. She went everywhere with us. To the grocery store, out of state on vacation, constant adventures around Anchorage and the south east. She became a great companion to our family. We also hooked her to everything she could pull us on- skis, scooter, and ice skates. She quickly learned leader commands and had a plenty of drive to motivate her to run with focus.

At 2 years of age we were ready to move back to the interior and re-start our sled dog kennel. As soon as we began slowly building the kennel Minty couldn’t stand being in the house. Our bonafide house dog refused to live inside. She was simply no longer content unless she was outside with the other dogs. This was quite a shock. She never lived in the house again. We’d bring her in and she’d wine, pace around, pant loudly (her thing she did when she wanted something), and couldn’t relax. Not as she aged and not at -50. Minty was an alpha and a total boss. We figured she wasn’t happy inside because she wanted to be out regulating the other dogs and didn’t want to miss anything.

Though she became a championship sled dog Minty will not be remembered as a spectacular sled dog. She was a good sled dog. Leading was easy for her, fast pooping was not, so she often ran with a big male partner further back in the team. Her best assets were that she was very tough, a ravenous eater, had perfect bombproof feet, and had the type of attitude all sled dogs should have. She was a superb mother dog who’s traits are an important part of our kennel’s success. She loved puppies, her own and the puppies of other mother dogs.

Minty’s lineage is largely why my dad, Rick, took 1st, 2nd, and 3rd in the Yukon Quest and largely how I could simply finish it as a kid. In fact I bred two of my leaders, Camaro and Sky, to make her grandma Two-Tone during the race. Dad is one of 5 mushers to have won both the Quest and the Iditarod. Her championship sprint and distance bloodlines are a paramount combo in the kind of dog we aspire to breed, develop, and race. Minty is mother, grandmother and great-grand mother to dogs in almost every country in Europe, the state of AK, and many states in the lower 48. With easy access online we can follow all of these dogs and their lives. It is very rewarding to see her marbled eyes and other traits in these dogs who are now touching the lives of others as she touched ours.

Playing at the ocean

Minty and Iz looking at a beaver in Campbell crk.

Minty and the moose in Kincaid Park