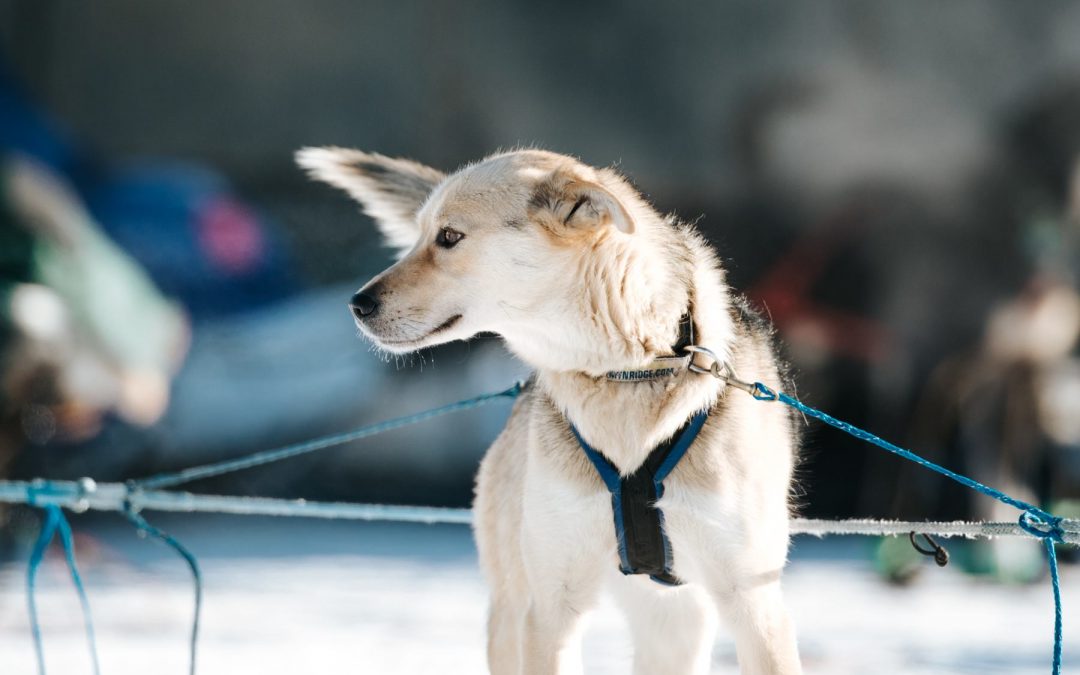 What an exciting finish! Will passed Travis about 12 miles from the finish line making up 18 minutes on him and adding another 8 minutes to that. I’m glad the last leg was a long one at 72 miles giving Will the opportunity to make up that time. When teams are traveling at relatively the same speed it’s not easy to make up time at the end of races. I didn’t have internet service so stayed on the phone with my parents getting a play by play of the guys on their trackers. I knew Travis and Will would both be working very hard themselves on the sled. When Will caught Travis he was down to his tennis shoes running to try to stay ahead despite the -30 below temps. The team did what we like to do, finish strong with a lot left in the tank. This was Will’s 9th race and he executed it really well. There’s no one either of us would rather get 2nd to than Nic Petit. Tons of admiration for our friend and his beautiful dog team.

Will felt that the trail was one of the best race trails he’s been on. The trail was hard and icy fast in some sections. And rough and wild in others. There were moose holes for dogs to navigate through and obstacles which broke sleds, caused mushers to fall off their sleds, and one man got a concussion. Fender had to be packed in the sled bag on the 2nd leg of the race after coming out of drifted patch of trail blown in by the wind looking “off” his normal stride . He was the first of 5 dogs to be dropped due to minor issues. This was disheartening at the moment, but because they were quickly dropped they recovered almost immediately after a short ride and rest in the truck .

Of our 9 finishers eight of these dogs have never been dropped from a race and it’s exciting to see them finish so strong every time they’ve raced with us.

Pan- I can’t say enough about this tough little dude and I don’t know what we’ll do without him someday. He’s the fastest and most driven leader I’ve run, with Folsom being very close to matching those skills. This dog makes Will tear up after every race because he gives 100% for us. He led most of the race and was mad to be put in swing going into the 4th leg of the race, because he likes to be in charge. We figured a little leader rotation would be a nice break for the dogs as leading is the most demanding role on the team. Pan went to the vet 2 days before the race start with a prostate infection. Thankfully we caught it quickly and started him on antibiotics.

Salt- led all but the last leg of this race and like Pan could’ve ran the entire race in lead with all her heart and desire. She is a very dynamic, intelligent, and fast leader. She is not a super pig, but doesn’t seem to need a huge amount of food to have plenty of energy.

Monarch- This special 2 yr old was a very reliable swing dog finishing her third race within the past month. It’s really exciting to watch our 2 year olds develop into key players in the team. She will be one of our main leaders.

Kingpin- Kingpin led the last two long sections of the race and in swing for the first half of the race. He takes being a leader very seriously and had another strong performance for our team giving it his all.

Pharoah- This big goofy 2 year old looked a little tired leaving the last checkpoint. But after about a mile he started loping and Will said he did his easy cantering lope the entire race. He rivals Sherpa with his huge appetite.

Sophie- She is one big, happy, monster eater. This was Sophie’s 2nd race on our team and she excelled. She has an effortless trotting gait and is a tough veteran. She was leaping and screaming to go further at the finish line.

Sherpa- Always Mr. Super pig and Mr. Reliable Sherpa was his dynamite self once again. Sherpa is one of the strongest dogs on the team and always gives 100%.

Brave- Another 2 year old finishing his 3rd race this month. He finished barking and jumping for more at the finish line. He can never get enough food and seems completely unaffected by the efforts of racing.

Hooligan- There aren’t many dogs who can hold a candle to Hooligan in the stamina department. He had around 2 weeks off before this race due to investigating his stomach issues which required being sedated and scoped. He has been on 4 antibiotics a day to calm down the bacteria in his stomach and just one week of treatment made it possible for him to get back to his normal self.

This was a handler assisted race, which is a new concept here in Alaska. This means that your handler/handlers can assist in dog care, have a meal ready for the dogs when they arrive at the checkpoint, get the straw ready, bootie the team, help the musher dry clothes, charge batteries, have hot food for the musher, etc. The day we left to head down to the race we saw Rick Swenson running a team and stopped to chat. He was teasing Will for having handler assistance and said all your handlers will have those dogs bootied up in no time to which I laughed and said “There’s just one handler and that’s me!” He recalled when my dad had a 20 dog team on the coast during the Iditarod and how “meticulous” he was about their care. I think all the mushers greatly appreciated having help. This was a big job to do solo mostly because I didn’t sleep a wink and the driving was making me start to nod off. I love being hands on with our team and taking care of them.

Will finished the Willow 300 and said the exact same thing I said last year- “The trails here are an epic wonderland.” I’m so glad he got to experience the beauty of the trails in the Willow and Trapper Creek area. I spent most of my childhood living off the grid in Trapper Creek and learned how to run dogs in one of the most incredible places in Alaska. Vern Halter, the race marshal, lived in Trapper Creek for many years. At the musher’s meeting he said it was known to be the home of many of the best mushers in the sport before it became a very popular destination for people recreating on their snow machines. I can understand that with the vast trails and diversity of terrain. Vern is a real go getter and he and the other volunteers worked very hard to make this event one of the most enjoyable, well organized, races we’ve been to.

It was a blast from the past to drive by my parents old homestead. These days you can drive into their property, but when we lived there we took a flat bottom boat across Moose Creek with our supplies and then hauled them through a swamp to our cabin. The swamp was a notorious beast swallowing up three wheelers and four wheelers daily. My dad drove me to the bus stop every morning on our little three wheeler and sinking into the mud holes was the norm. They hauled water from a small creek, chopping a hole in the ice in the winter to access it. My parents had 100 plus dogs and hauling dog food into the homestead was quite a task. They moved off the grid to solely focus on training and racing dogs. To get away from all distractions. My dad won the Iditarod the year we moved to Trapper Creek. He and Vern spent many years traveling the Iditarod trail together.

Not only is the vast trail system in Willow like none Will or I have ever seen, but the people are a lot of fun. The mushers in the valley are a great group of people who we have a lot of fun with every time we get to enjoy racing and hanging out with them. The Redington family, so much wisdom and they’re just good people to be around. Raymie and Barb feel like family every time I get to spend time with them. Ray is such a character and he puts together super nice teams, full of strength and high attitude. I’ve known Ray since we were kids and everyone called him “Cakes”. He’s a really good dog man and I appreciate his say what you’re thinking, funny, personality. I always enjoy seeing Travis and joking around with him. He’s an easy guy to talk to, has a great team, and is a tough competitor.

There are so many volunteers who gave selflessly to put on this race. They worked very hard and putting on a race is a demanding job. Last year I said this was my favorite race to date and Will said the same thing. The energy and community involvement are amazing. Thank you all for putting on this wonderful event! Isabel and Mirabel did a fantastic job taking care of the dogs at home and keeping the home fires burning.

Thank you for the wonderful photos Joel Forsman and Juliah Redington.

Fender at the start of the Willow 300

2 yr old Monarch embarking on her 3rd race this month